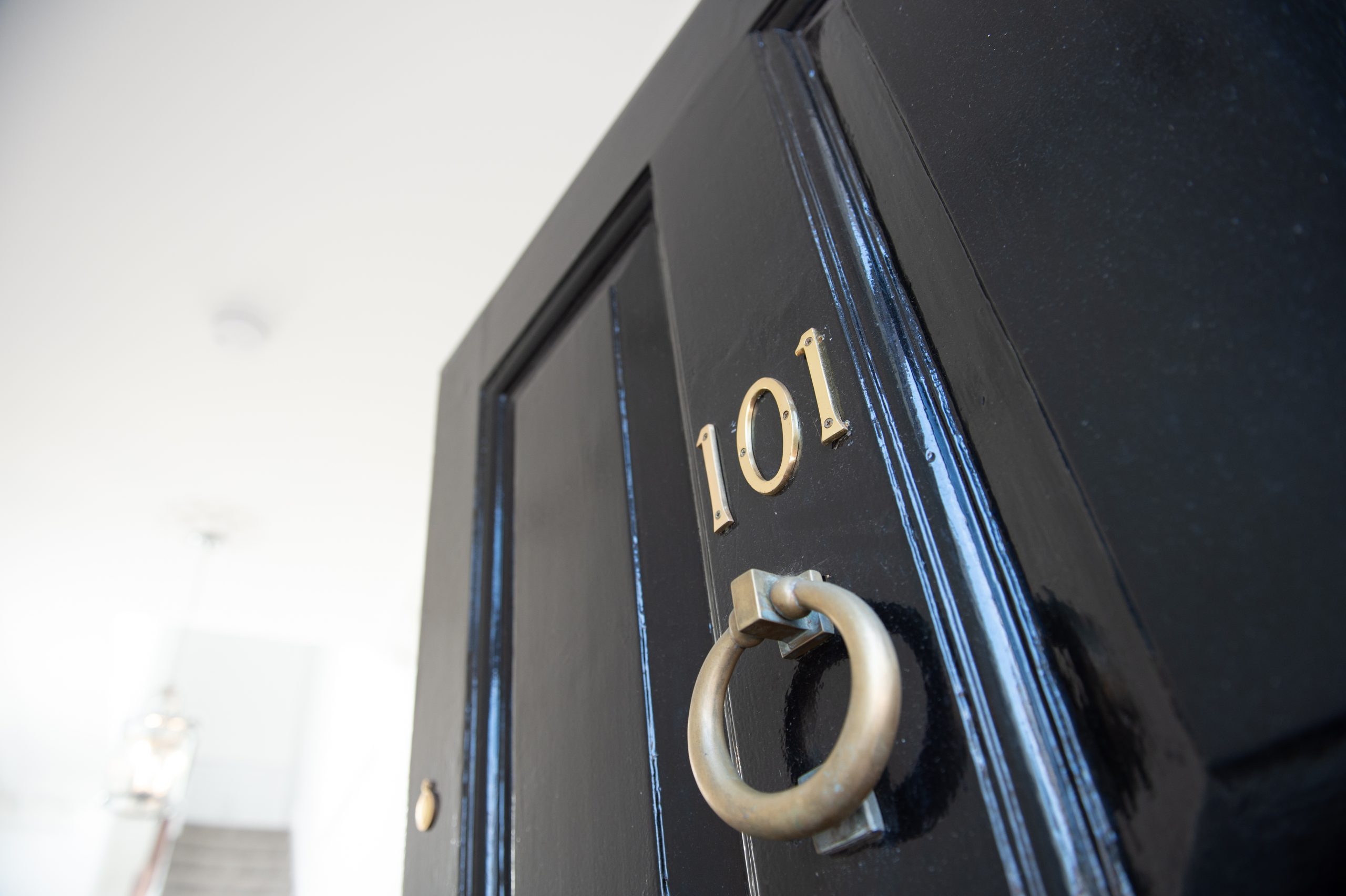 North London Edwardian House refurbishment and renovation. We worked on this house for twelve months to bring it back to its former glory.

We purchased 101 Chase Side,  Enfield North London back in May 2019. It was part of a purchase of workshops, a barn, farm shop and farmhouse. Our aim was to start the refurbishment and keep it totally separate to what was going on with the other parts of the site. This was one of the first refurbishments that Edward and George have done. We were on site every day so I was there if they wanted to run through anything, this was usually over a cup of tea and a bacon roll.

If you just want to see the pictures scroll down but if you are interested in the actual refurbishment carry on reading.

A few days into the refurbishment one of our team was in the barn trying to find something when he came across two huge hardwood doors being used as shelving on top of the rafters. Well four men and an hour later we got them down, dusted them off; they were magnificent. These doors had been stored for many years – later in this post you will see pictures of the doors hanging as they did back in the early 1900’s.

When we started working on the house itself one of the first things that we did was expose the ceilings, as there was over 3 feet above the suspended ceilings that were there. On closer inspection we could see the original ceilings and cornice work, some in a very bad way – but nothing that our team couldn’t sort out.

We had some damp, small rot and other things to sort out that you find whilst exposing original features. Anyone who has done refurbishments knows this and its expected, especially with a 120 years old house. We pulled all the floors up in the lounge and replaced everything with new hardwood finish floors. We kept all the original tiles in the hallway and added modern flooring where we could. We wanted to make the house modern in places but at the same time be careful to keep and maintain the character of the house.

The Kitchen was a bespoke design by Brandt Designs, Scott and his team are absolutely fantastic at what they do and they went that extra mile on this for us. We would like to thank all the team that helped us on this refurbishment from behind the scenes Paul at Developer Services, our Photographer John Paul ODonnell, Sales team at just New Homes, electricians, plasterers, tilers. Everybody did a brilliant job.

101 Chase side has now been sold achieving 10% above the asking price.

The foundations of the Meg Group have been around for four generations. We have established ourselves as a successful property development company in the South East. Be first to see our up to date news and insights into our upcoming projects.